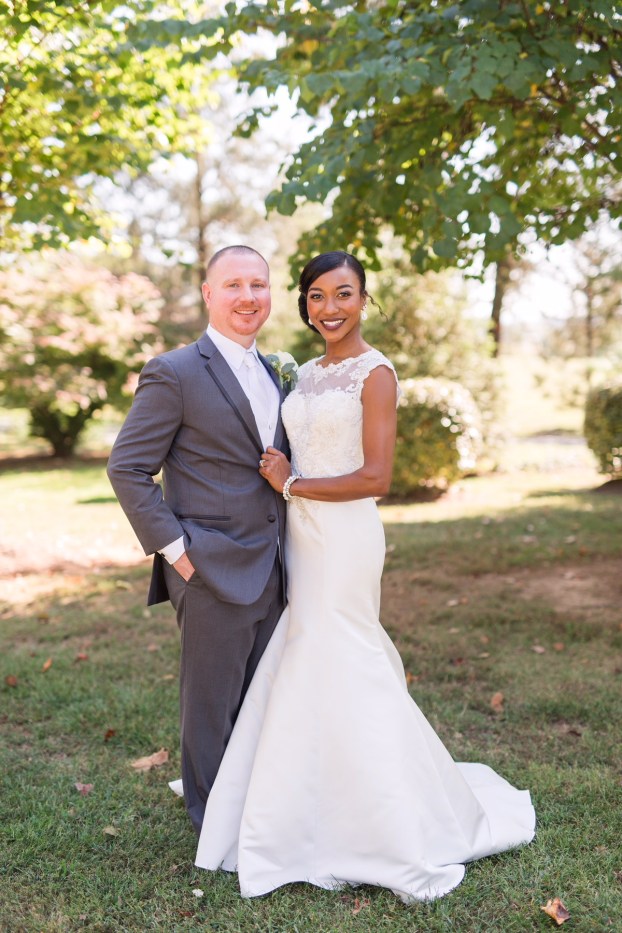 The ceremony was held at The Trivium Estate in Forest, VA with Pastor Woody Torrence officiating at the ceremony.

Given in marriage by her father, the bride was attended by her sister Karen Scott as Matron of Honor. She had her family and closest friends; Dominique Moody, Krystal Dalrymple, Latonya Marshall, and Taylor Bryant as her Bridesmaids; MaKayla Scott, Ashley Scott, and Tylicia Rice as Junior Bridesmaids; Taleyah Williams as Flower Girl.

The Groom is a Former Sergeant in the United States Marine Corps, where he served as an Aviation maintenance technician and welder. He is currently an Asset Availability Leader for Georgia-Pacific in Big Island, VA.

After their amazing Honeymoon in Riviera Maya, Mexico, the couple resides in Lynchburg, VA.