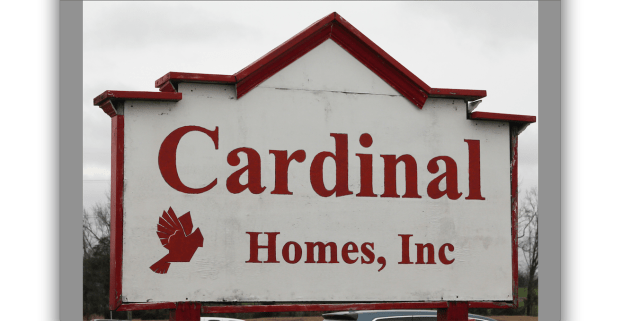 Cardinal Homes Inc., located in Wylliesburg, has been sold for $5.8 million. The new owners plan to hire additional employees.

Cardinal Homes was acquired during bankruptcy proceedings that began in December 2019.

“We have hired about 10 additional positions since purchasing the business,” Hubble said. “We currently have openings in many of the general trades areas.”

According to Hubble there has only been one layoff since the purchase and that was due to the position that was no longer needed.

Hubble said the pandemic slowed the inquiry stream of houses a little in March but that the number of new home inquires have now started to pick up once again.

“Based upon mostly anecdotal evidence, modular home sales seem to still be strong as housing demand still seems to be strong.” Hubble said.

Cardinal Homes was established in 1970 and, at one time, employed 266 people.

Despite having financial setbacks due to the COVID-19 pandemic, the Piedmont Area Veterans Council (PAVC) has continued to assist active... read more