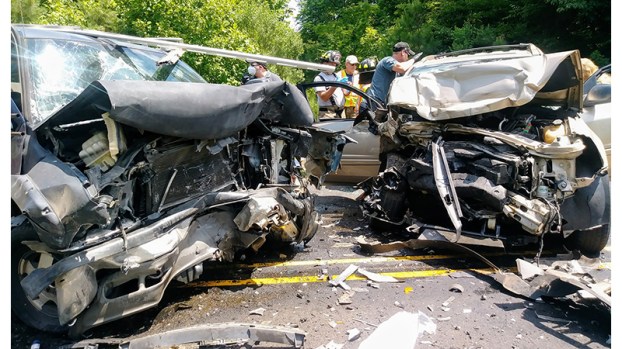 There have been a total of 12 fatalities so far this year in the five-county area. Of those, 11 happened when the victim was not wearing a seat belt.

Data shows more than 90% of deadly area car crashes this year have been the result of a driver or passenger not wearing a seatbelt, and although total crashes are down compared to this time last year, the amount of unrestrained fatalities has more than doubled.

According to data obtained this week from the Virginia Department of Motor Vehicles (DMV), there have been a total of 12 crash-related fatalities from January 1 to July 17 of this year in the counties of Lunenburg, Buckingham, Cumberland, Charlotte and Prince Edward combined.

Of those 12 deaths, 11 occurred during scenarios in which the victim was unrestrained.

By this time last year, the area had already seen 489 crashes and nine fatalities, but the total number of unrestrained deaths as of July 17, 2019 was five; less than half of today’s figure.

Unbelted crashes are on the rise across the state, with the number of unrestrained fatalities as of July 17 up more than 18% compared to this time last year, rising from 176 to 209.

A release published by Virginia DMV Tuesday, July 7, said last year, 52% of Virginia’s highway fatalities involved individuals not wearing a safety restraint. Of the 304 unrestrained deaths, 187 of the people were either totally or partially ejected from the vehicle.

The release also stated men ages 18-35 living in rural areas are the least likely of Virginians to wear their seatbelts.

Nine of the 11 unrestrained car crash victims in the area so far this year have been male.

“We have all observed some drivers practicing unsafe behaviors with less vehicles on the roadways, but the most disturbing trend is that more people are dying because they are not making the simple decision to click their seat belts,” DMV Commissioner Richard D. Holcomb, Virginia Governor Ralph Northam’s highway safety representative, said in the release.

“State police cannot stress enough the importance of every driver and passenger buckling up while on the road,” Virginia State Police (VSP) Public Relations Director Corinne Geller said Friday. “Too many lives are lost because people simply won’t use a safety belt. A whole 60 seconds of your day to buckle up can mean the difference between life and death in a traffic crash.”

Whites Building Supply in Keysville is in the process of rebuilding after a fire destroyed the building in the early... read more