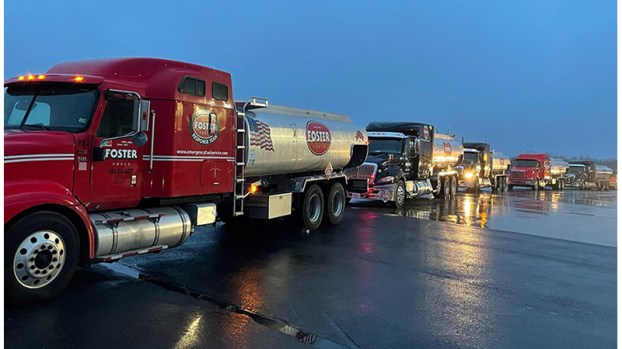 Record-smashing cold and ice rolled across the southern U.S. on Monday leaving millions without power.

In the hours after Winter Storm Tabitha covered parts of the southern United States in a thick layer of ice, Foster Fuels was planning to engage in relief efforts for those affected both in Virginia and outside the commonwealth.  Commanding a fleet of around 20 fuel trucks, Foster is supporting electrical utility companies working around the clock to restore power with diesel fuel and gasoline.

Foster has also responded to facilities like healthcare, pharmaceutical and information technology facilities to keep them running throughout the aftermath of Winter Storm Tabitha.

“Utility power has been interrupted for millions of people, so we needed to act fast, but also ensure the safety of our team,” Senior Vice President Will Rohrig said  “Safety is always a top priority during emergency missions at Foster Fuels.  The added variable of ice and snow makes our focus on safety even more important.”

A family of three has lost their home following a Monday night, Feb. 15, house fire that left the home... read more