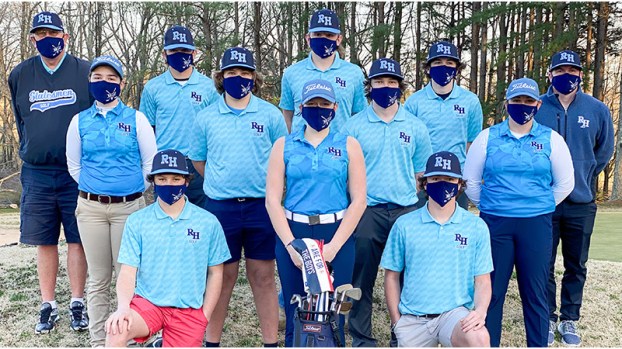 Winning start on the links for R-H

“We are looking forward to getting the season started in the pandemic year,” Statesmen Assistant Coach Eddie Pyle said. “We have been successful so far, and we plan on having a great team this year.”

It was the COVID-19 pandemic and the concerns surrounding it that pushed the season from an August 2020 start to March 2021.

Leading Randolph-Henry individually on Thursday was sophomore Austin Queensberry, who shot a nine-hole round of 44. Senior and team co-captain Brenden Francisco shot a 46.

Statesmen Head Coach Kelly Powell said he is excited about the team this year led by its co-captains — seniors Caleb Shook, Jordan Colbert and Francisco.

In 2019, the Statesmen did not win the regular season James River District championship for the first time since 1999, but they rebounded to win the district tournament, and they placed third in Region 2A. They will seek to bring the regular season district crown back to Charlotte Court House this season.

Next, the Statesmen will visit the Farmville Municipal Golf Course on Thursday, March 11, to face off against Nottoway High School and the host team, Cumberland, at 3 p.m.

The Longwood University softball team opened its 2021 season with a 1-3 showing at the Georgia Classic this past weekend... read more