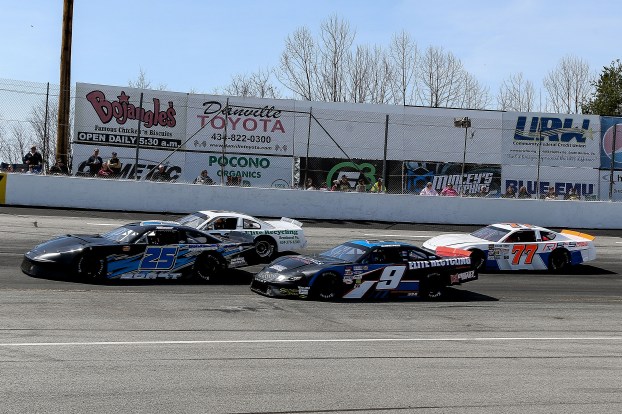 With three Virginia speedways not holding NASCAR Late Model Stock Car Division events this weekend, a strong field of drivers is expected to be on hand for Saturday’s 2 p.m. running of the NASCAR Late Model Twin 75s racing program at South Boston Speedway.

Mike Looney, the 2019 NASCAR national runner-up and Motor Mile Speedway champion, veteran driver Mark Wertz, a strong competitor at Larry King Law’s Langley Speedway and John Goin, who finished 12th last year in the NASCAR national standings, are among the visiting drivers expected to be in the field for Saturday’s twin bill.

Five-time South Boston Speedway NASCAR Late Model Stock Car Division Champion Peyton Sellers of Danville swept the season-opening twin bill at “America’s Hometown Track” and holds the track points lead over Stuart Crews of Long Island. There is a huge battle underway behind Sellers as Crews is among five drivers that are within an 11-point umbrella.

There is a hot battle underway in the Limited Sportsman Division as well with the top three drivers, Daniel Moss of Danville, Eric Winslow of Pelham, North Carolina and drew Dawson of Nathalie all in a five-point umbrella.

Saturday’s race day schedule has registration and pit gates opening at 9 a.m. Practice starts at 11 a.m. and grandstand gates will open at 12:30 p.m. Qualifying will begin at 1 p.m. and the first race will get the green flag at 2 p.m.

The speedway will be following COVID-19 mitigation mandates set forth by the federal government and the Commonwealth of Virginia during the event. Masks will be required for fans entering the speedway. Social distancing and additional mitigation measures will also be followed.

After Longwood swept both games of Friday’s doubleheader 2-0 and 9-6, UNCG blocked a three-game series sweep with a 10-3... read more