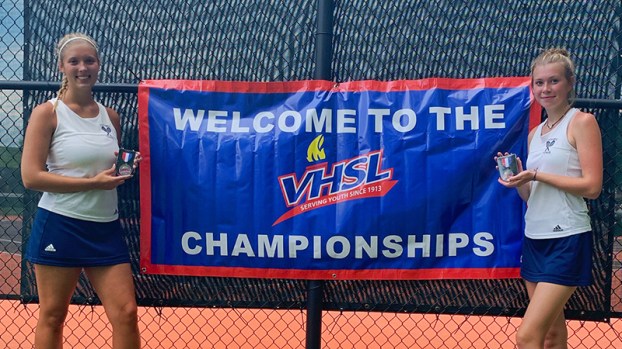 Algeier, Scruggs are state runners up

Algeier represented Randolph-Henry and Region A as the 2A Regional Singles Champion.

She began the tourney by defeating Grace Knighton, Region B champion from Page County 6-1, 6-1. In the 2A state championship Algeier faced Harper Minarik, the Region C Champion. Algeier lost 6-2, 6-1. Algeier ended her senior season as the VHSL 2A Singles State Runner-Up.

On a night where virtually every car in the field was damaged in one mishap or another Stuart Crews of... read more