After being presented with the findings of Phase 1 of the Crossroads Community Services Board (CCSB) forensic audit, the CCSB Board of Directors has approved to move forward with Phase 1(b) of the investigation.

During the Tuesday, Sept. 28, CCSB board meeting, directors were given a presentation regarding the completed Phase 1 of the forensic audit of the organization. The audit investigated financial and other data records covering the period of July 1, 2019, to Aug. 31, 2021. 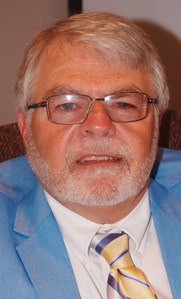 The investigation comes after a controversial year for Crossroads. In June, the Prince Edward Board of Supervisors said it would withhold funds from CCSB unless an audit was performed after concerns were voiced by current and former employees as well as members of the public regarding the rumored expenditure/misuse of public funds and other management issues.

In May, former Crossroads Executive Director Dr. Susan Baker was relieved of her duties after six years with the organization.

The purpose of the audit, performed by William Barrett of Barrett PC in Richmond, was to identify if there were any indicators of fraud or malfeasance in the organization and to help reestablish credibility of CCSB across the many counties it serves and the citizens of those localities.

Phase 1 of the audit appeared to yield no unlawful activities or misappropriation of funds across the organization, but the investigation did uncover areas of weakness in Crossroads’ accounting software that officials hope to see addressed.

Barrett reportedly found no incidents of misuse or impropriety during his investigation of the many allegations against Crossroads, including concerns such as financial statement fraud, food stamp, credit card and gas card fraud, financial document shredding, etc.

Of the few issues uncovered during the investigation, the main concern seemed to come from Crossroad’s accounting. Barrett found that Crossroads has been using the same accounting software by Boston Technologies Inc. for more than three decades. The non-Windows- based software, he noted, is extremely antiquated, so much so that the verification and tracing of accounting transactions was not available to be completed in this audit phase.

Barrett made a variety of recommendations to the Board of Directors regarding issues which should be addressed, including hiring a “competent, bonded, full-charge accountant” as chief financial officer (CFO) to maintain the books and records of CCSB who will work with other personnel to acquire and install a Windows-based accounting and email software and an on-site computer server which can track and report payroll and staff history.

Some government officials’ biggest concern regarding Crossroads stemmed from the 501(c)(3) nonprofit’s eligibility to apply for a Paycheck Protection Program (PPP Loan) during the pandemic. The $2,497,027 loan was later forgiven by the federal government.

Barrett found no misuse or impropriety surrounding loan transactions but did recommend the Snead, William and Mayhem PLLC audit firm, which has provided guidance to CCSB in the PPP application and forgiveness program, provide a detailed report that documents proper use of the funds, as the IRS is increasingly auditing borrowers.

Barrett noted that as CCSB’s physical assets age, facilities and grounds staff will need outside assistance to maintain these assets. He recommended counties develop a protocol for assisting Crossroads in disposing of unserviceable and aging vehicles through Government Surplus Auctions.

Barrett recommended board meetings be recorded and that the board secretary be put in charge of drafting and maintaining board minutes. He also recommended county representatives on the Board of Directors petition their county staff to speak to the board on complex matters that may be outside the expertise of board members.

As many concerns surrounding Crossroads, such as board issues, employee hiring and termination and asset managing methods were outside the parameters of a forensic audit investigation, Barrett noted in his findings that it was his professional opinion that a second phase of dual investigations are needed to finalize matters for Crossroads.

On Tuesday, the board voted to move forward with Phase 1(b) of the investigation. According to Prince Edward County Administrator Doug Stanley, the second phase of the audit will see Barrett review all transactions of the organization back to July 1, 2020.

While Prince Edward was leading the charge in the first phase of the audit, the second phase, Stanley noted, will be between Crossroads and Barrett.

Stanley said the total cost for the first phase of the audit and the presentation was $25,000, which is being split evenly by the counties of Charlotte, Cumberland, Prince Edward, Nottoway and Buckingham, all of whom agreed to push for the audit earlier this year.

Stanley said he believed each county is looking to reduce this cost from its annual Crossroads contribution. Phase 1(b), he added, had an initial estimated cost of $25,000-$30,000.

Stanley and several Crossroads directors appeared pleased with the findings of the audit.

“I am very satisfied with the findings of the audit report and how the allegations were addressed,” CCSB Prince Edward Supervisor Member Dr. Odessa Pride commented. “Overall, the Crossroads board members were satisfied. It’s important that the executive director starts with a clean slate, ready to begin an awesome assignment.”

CCSB Buckingham Supervisor Member Thomas Jordan Miles III noted he too was pleased with the audit’s findings, adding he agrees with following through on Barrett’s recommendations regarding accounting and fiscal operations, the PPP loan and the conditions of facilities/ vehicles.

“It’s very important that we conduct this audit to show our community, staff, clients and those entities which fund us that, despite the statements and allegations made about the (Community Services Board), no illegal financial activities have taken place. This will be a great step in restoring trust and faith in this agency. And moving forward with the second phase of dual investigations, which I support, will further show that,” Miles said.

CCSB Charlotte Supervisor Member Garland Hamlett said he was also pleased with the findings of the investigation, adding he did not expect any discrepancies in financial records to be revealed.

“The (Board of Directors) needs to work to resolve any internal issues and let the staff at (Crossroads) manage the organization, as that’s what they’re paid to do,” Hamlett noted. “We oversee the ‘big picture.’ The employees need to report issues to their management, and if a solution isn’t resolved, then the board needs to be involved. Trust in the management has to be in place. Working conditions need to be the best there can be, and with that, a salary scale that’s fair to all needs to be implemented.”

CCSB Cumberland Supervisor Member Robert Saunders Jr. said he’d like to see the board meetings electronically recorded to clarify the minutes as recommended in the audit findings.

“Overall, I am pleased with the first part of the audit,” Saunders said. “If nothing is found in the Phase 1(b) audit, then Crossroads and the CCSB can move forward.”

“Over the past almost year that I have been in the community, I, like many in the community, have heard lots of rumors and innuendo about the operations at Crossroads,” Stanley said. “Many of the individuals that had concerns were able to talk with Mr. Barrett during his review and produce any evidence of wrongdoing. Ultimately, we have found that many of the accusations ultimately had no merit after review. I, along with my colleagues in the surrounding counties, are hopeful that the organization can stop looking in the rearview mirror and, once a new executive director is hired, look to the future and meeting the mental health challenges of the citizens in our region.”

Recognizing the needs of those in the community Antioch Baptist Church in Red Oak has begun a food pantry. “We... read more